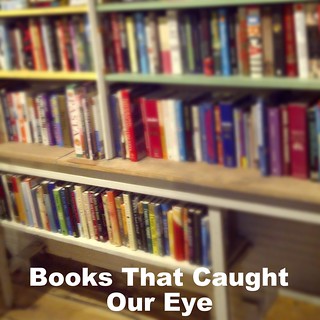 Here are the books that caught our eyes this week: 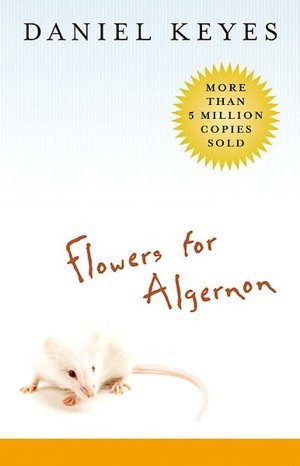 A mentally disabled man whose experimental quest for intelligence mirrors that of Algernon, an extraordinary lab mouse. In poignant diary entries, Charlie tells how a brain operation increases his IQ and changes his life. As the experimental procedure takes effect, Charlie’s intelligence expands until it surpasses that of the doctors who engineered his metamorphosis. The experiment seems to be a scientific breakthrough of paramount importance–until Algernon begins his sudden, unexpected deterioration. Will the same happen to Charlie?

When I was in Jr. high we had to read the first version of this book which was tamed down. This version is the extended version, which isn’t suitable for children. I’ve been thinking for about a month now that I want to re-read it, so even though this isn’t the first time seeing this book, it is definitely one that caught my eye.

In this illustrated volume, Steven Johnson explores the history of innovation over centuries, tracing facets of modern life (refrigeration, clocks, and eyeglass lenses, to name a few) from their creation by hobbyists, amateurs, and entrepreneurs to their unintended historical consequences.

I love learning new things so this sounds like a perfect book for me. It’s going on my list to read.

Yesterday’s Kin by Nancy Kress at Beauty in Ruins.

Geneticist Marianne Jenner is having a career breakthrough, yet her family is tearing itself apart. Her children Elizabeth and Ryan constantly bicker, agreeing only that an alien conspiracy is in play. Her youngest, Noah, is addicted to a drug that keeps temporarily changing his identity. The Jenner family could not be further apart. But between the four of them, the course of human history will be forever altered.

I love the cover, and if you want me to pick up a book, the DNA helix swirling around the globe will usually do it. Science fiction has always been a favorite genre of mine, and this one sounds good.

An audacious, darkly glittering novel set in the eerie days of civilization’s collapse, Station Eleven tells the spellbinding story of a Hollywood star, his would-be savior, and a nomadic group of actors roaming the scattered outposts of the Great Lakes region, risking everything for art and humanity.

I was in the mood for some science fiction this week.

I’ve loved the musical My Fair Lady for ages, and I get a giggle out of it every time I watch it. I love the character of Eliza Doolittle, and I think this is a fantastic idea for a mystery series. After Henry Higgins turns her into a duchess, at least for a day, Eliza finds herself employed by his rival, who happens to end up dead after claiming to have transformed Eliza himself. Sounds like my kind of cozy mystery, and it is bound to have some punchy dialogue!

This one sounds like an ultra-modern and fun story based on Pride & Prejudice by Jane Austen, which as many people know I read at least once every couple of year because I love it so much.  In this one, Lizzie Bennet is recording her reflections on life for a thesis project, but these YouTube videos suddenly make her and her sisters famous.  Eek.  Beyond the videos there is a secret diary that contains the insider information we all want to know about the Bennets and William Darcy, etc.  Yes, this one seems like it will be juicy and fun!