Against the Tide by Elizabeth Camden from Luxury Reading.

Set in Boston, that’s all I need, but there is also a woman with translation skills and she helps out the U.S. Navy.

“As a child, Lydia Pallas became all too familiar with uncertainty when it came to the future. Now, she’s finally carved out a perfect life for herself–a life of stability and order with no changes, surprises, or chaos of any kind. She adores her apartment overlooking the bustling Boston Harbor, and her skill with languages has landed her a secure position as a translator for the U.S. Navy.

However, it is her talent for translation that brings her into contact with Alexander Banebridge, or “Bane,” a man who equally attracts and aggravates her. When Bane hires Lydia to translate a seemingly innocuous collection of European documents, she hesitantly agrees, only to discover she is in over her head.”

Prince Lestat by Anne Rice from Beauty in Ruins and Under My Apple Tree.

My guilty pleasure used to be the Vampire Chronicles by Anne Rice. Lestat was my favorite of all the vampires next to Marius. I cannot wait to read this.

“The novel opens with the vampire world in crisis…vampires have been proliferating out of control; burnings have commenced all over the world, huge massacres similar to those carried out by Akasha in The Queen of the Damned… Old vampires, roused from slumber in the earth are doing the bidding of a Voice commanding that they indiscriminately burn vampire-mavericks in cities from Paris and Mumbai to Hong Kong, Kyoto, and San Francisco” 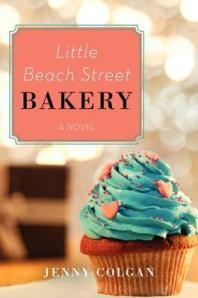 Amid the ruins of her latest relationship, Polly Waterford moves far away to the sleepy seaside resort of Polbearne, where she lives in a small, lonely flat above an abandoned shop.

To distract her from her troubles, Polly throws herself into her favorite hobby: making bread. But her relaxing weekend diversion quickly develops into a passion. As she pours her emotions into kneading and pounding the dough, each loaf becomes better than the last. Soon, Polly is working her magic with nuts and seeds, olives and chorizo, and the local honey-courtesy of a handsome local beekeeper. Drawing on reserves of determination and creativity Polly never knew she had, she bakes and bakes . . . and discovers a bright new life where she least expected it.

Eleanor Lee has lived a fiercely independent existence for over ninety years, but now it’s time to tidy her life away – books, photographs, paintings, letters – a lifetime of possessions all neatly boxed up for the last time. But amongst them there are some things that must be kept hidden. And, nearing blindness, Eleanor needs help to uncover them before her children and grandchildren do.

Dazzling in its descriptions of a natural world imperiled by the hidden dangers of our nuclear past, this book presents a girl in search of the secrets of survival. In The Robot Scientist’s Daughter, Jeannine Hall Gailey creates for us a world of radioactive wasps, cesium in the sunflowers, and robotic daughters. She conjures the intricate menace of the nuclear family and nuclear history, juxtaposing surreal cyborgs, mad scientists from fifties horror flicks and languid scenes of rural childhood. Mining her experience growing up in Oak Ridge, Tennessee, the writer allows the stories of the creation of the first atomic bomb, the unintended consequences of scientific discovery, and building nests for birds in the crooks of maple trees to weave together a reality at once terrifying and beautiful.

Definitely a book for me! 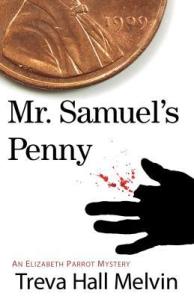 Mr. Samuel’s Penny by Treva Hall Melvin at I’d Rather Be At The Beach.

It’s 1972 and fourteen-year-old New Yorker Elizabeth Landers is sent to the sleepy town of Ahoskie, North Carolina to spend the summer with relatives. Her expectation of boredom is quickly dispelled when police sirens and flashing lights draw her to a horrible scene at the Danbury Bridge. Mr. Samuel, owner of Samuel’s Lumber Yard, has driven his car off the bridge and into the river, drowning himself and his daughter. The medical examiner thinks it’s an accident, but the Sheriff finds fresh bullet holes on the bridge right where the skid marks are.

I’m always looking for a good mystery to read. For some, 1972 is historical fiction – for me it’s reminiscing about the past.