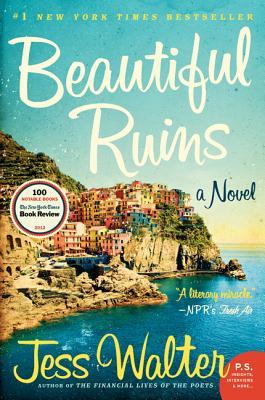 The story begins in 1962. On a rocky patch of the sun-drenched Italian coastline, a young innkeeper, chest-deep in daydreams, looks out over the incandescent waters of the Ligurian Sea and spies an apparition: a tall, thin woman, a vision in white, approaching him on a boat. She is an actress, he soon learns, an American starlet, and she is dying.

And the story begins again today, half a world away, when an elderly Italian man shows up on a movie studio’s back lot—searching for the mysterious woman he last saw at his hotel decades earlier.

What unfolds is a dazzling, yet deeply human, roller coaster of a novel, spanning fifty years and nearly as many lives. From the lavish set of Cleopatra to the shabby revelry of the Edinburgh Fringe Festival, Walter introduces us to the tangled lives of a dozen unforgettable characters.

One of my favorite books. I’ve read this and listened to the audiobook. It’s one of the few books I would re-read, and so it caught my eye. 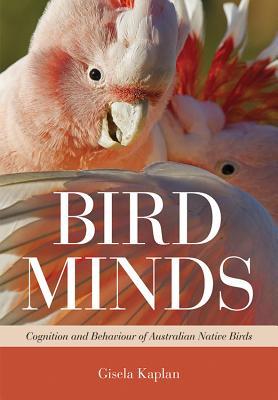 In her comprehensive and carefully crafted book, Gisela Kaplan demonstrates how intelligent and emotional Australian birds can be. She describes complex behaviours such as grieving, deception, problem solving and the use of tools. Many Australian birds cooperate and defend each other, and exceptional ones go fishing by throwing breadcrumbs in the water, extract poisonous parts from prey and use tools to crack open eggshells and mussels. The author brings together evidence of many such cognitive abilities, suggesting plausible reasons for their appearance in Australian birds.

Well, it’s about birds; a scientific book about birds. Of course it would appeal to me! 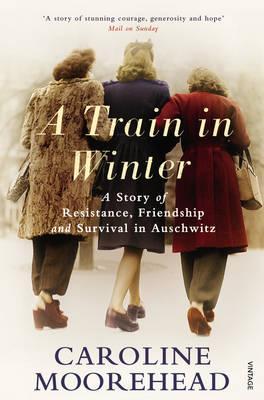 A Train in Winter: A Story of Resistance, Friendship and Survival in Auschwitz by Caroline Moorehead
@Bookramblings

They were the courageous women of the French Resistance. Their actions put them in the gravest danger. Their friendship would keep them strong. On an icy morning in Paris in January 1943, 230 French women resisters were rounded up from the Gestapo detention camps and sent on a train to Auschwitz–the only train, in the four years of German occupation, to take women of the resistance to a death camp. The youngest was a schoolgirl of 15, the eldest a farmer’s wife of 68; among them were teachers, biochemists, sales girls, secretaries, housewives and university lecturers.

Caroline Moorehead’s remarkable new book is the story of who these women were, how and why they joined the resistance, how they were captured and treated by the French police and the Gestapo, their journey to Auschwitz and their daily life in the death camps–and about what it was like for the 49 survivors when they returned to France. Six of the women were still alive in 2010 and able to tell their stories of the great affection and camaraderie that took hold among the group. They became friends, and it was precisely this friendship that kept so many of them alive.

Drawing on interviews with survivors and their families, on German, French and Polish archives, and on documents held by WW2 resistance organisations, A Train in Winter covers a harrowing part of history but is, ultimately, a portrait of ordinary people, of bravery and endurance, and of the particular qualities of female friendship. 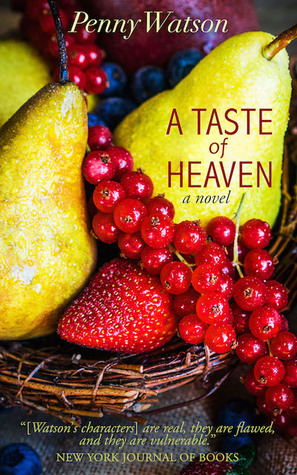 A Taste of Heaven by Penny Watson @Book Fan

Good little widow Sophia Brown always follows the rules. When the producer of a cooking competition requests an amuse-bouche, the chefs stick with proteins. Sauces. A savory concoction. She has only one shot to impress the judges on A Taste of Heaven. But in a moment of defiance, she creates an extraordinary dessert, one that combines both the bitter and the sweet, just like her own life.

That one bite changes everything.

After a year grieving for her dead husband, forty-seven-year-old Sophia is finally ready to break out of her shell. Unfortunately, there is a large, angry obstacle standing in her way. Scottish chef Elliott Adamson has a chip on his shoulder the size of Loch Ness, and he’s blocking her path to victory.

Spurred by her daughters, she embarks on a poignant adventure that takes her from the wildflower fields of Vermont to the wind-swept vista of North Berwick, Scotland. Fear, courage, and inspiration from unlikely places will mark this journey, and Sophia is determined to persevere until the very end.

A TASTE OF HEAVEN is a 57,000 word short novel that includes a foodie romance, second chances, and a wee bit of haggis.

Food and traveling. My kind of book! 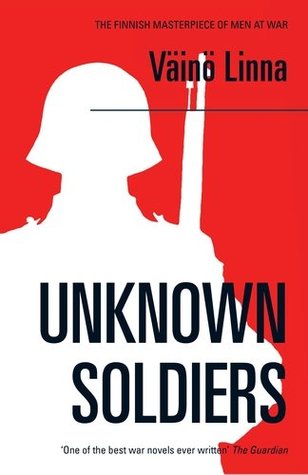 One of Finland’s best-loved literary masterpieces, Väinö Linna’s Unknown Soldiers follows a ramshackle troupe of machine-gunners in the Second World War, from mobilization in 1941 through Finland’s defeat to the Soviet Union three years later. As these very different men, from across the country and all walks of life, argue, joke, swear, cadge a loaf of bread or a cigarette, and combat both boredom and horror in the swamps and pine forests, the war will make or break them. They are the unknown soldiers.

This is a Finnish classic, and it’s about WWII. I cannot resist it; a new perspective — at least for me — of the war.

Vicki and I had the same thoughts about A Taste of Heaven.