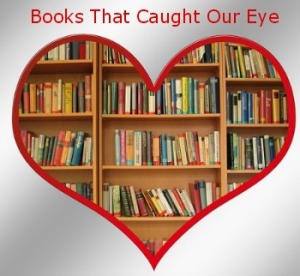 Here at Mailbox Monday, we want to encourage participants to not only share the books they received, but to check out the books others have received.

Every Wednesday Leslie, Serena and I will each share 2 books that caught our eye from that week’s Mailbox Monday.

Leslie
A Certain Age by Beatriz Williams at Silver’s Reviews and BermudaOnion. 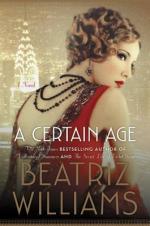 As the freedom of the Jazz Age transforms New York City, the iridescent Mrs. Theresa Marshall of Fifth Avenue and Southampton, Long Island, has done the unthinkable: she’s fallen in love with her young paramour, Captain Octavian Rofrano, a handsome aviator and hero of the Great War. An intense and deeply honorable man, Octavian is devoted to the beautiful socialite of a certain age and wants to marry her. While times are changing and she does adore the Boy, divorce for a woman of Theresa’s wealth and social standing is out of the question, and there is no need; she has an understanding with Sylvo, her generous and well-respected philanderer husband.
But their relationship subtly shifts when her bachelor brother, Ox, decides to tie the knot with the sweet younger daughter of a newly wealthy inventor. Engaging a longstanding family tradition, Theresa enlists the Boy to act as her brother’s cavalier, presenting the family’s diamond rose ring to Ox’s intended, Miss Sophie Fortescue and to check into the background of the little-known Fortescue family. When Octavian meets Sophie, he falls under the spell of the pretty ingenue, even as he uncovers a shocking family secret. As the love triangle of Theresa, Octavian, and Sophie progresses, it transforms into a saga of divided loyalties, dangerous revelations, and surprising twists that will lead to a shocking transgression . . . and eventually force Theresa to make a bittersweet choice.
Toto’s Tale and True Chronicle of Oz by Sylvia Patience at Splendid Summer. 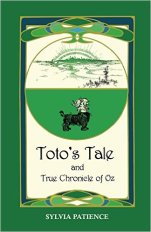 The Wonderful Wizard of Oz was written in 1900 by L. Frank Baum. Many other Oz books followed, as well as the famous 1939 movie. Not until now, however, does Toto tell the story, as he remembers it. In Toto’s Tale, we read his version of the beloved adventures. Toto tells how he first found Dorothy when she arrived in Kansas on an orphan train and how they were both adopted by Aunt Em and Uncle Henry. In the end, he says, the silver shoes (not ruby slippers as in the movie) weren’t lost in the desert, but put to good use. 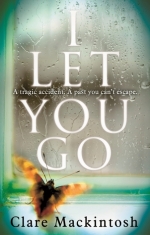 I Let You Go follows Jenna Gray as she moves to a ramshackle cottage on the remote Welsh coast, trying to escape the memory of the car accident that plays again and again in her mind and desperate to heal from the loss of her child and the rest of her painful past.At the same time, the novel tracks the pair of Bristol police investigators trying to get to the bottom of this hit-and-run. As they chase down one hopeless lead after another, they find themselves as drawn to each other as they are to the frustrating, twist-filled case before them.

This sounds like a thrilling read, but with something deeper.  I like these kinds of stories.
Something New by Lucy Knisley @ Chick With Books 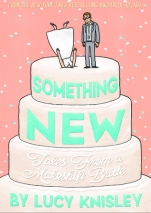 A funny and whip-smart new book about the institution of marriage in America told through the lens of her recent engagement and wedding…. The graphic novel tackles the all-too-common wedding issues that go along with being a modern woman: feminism, expectations, getting knocked over the head with gender stereotypes, family drama, and overall wedding chaos and confusion.I have loved Knisley’s other books, which Bermudaonion has talked about several times on her blog and prompted me to pick them up. 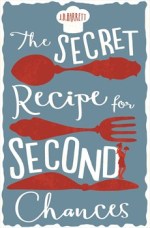 A surprising, smart, charming novel that shows every day is a second chance.
If you love OFFSPRING and the ‘opposites attract’ charm of THE ROSIE PROJECT, you will love this story!
Lucy Muir is leaving her husband. It’s complicated. They’re joint owners and chefs at one of the best restaurants in town, so making a clean break is tough. But, let’s face it, a woman can only take so much cheating, recipe stealing and lack of good grace.

Despondently driving around the back streets of Woolloomooloo one night, Lucy happens upon an old, empty terrace that was once the city’s hottest restaurant: Fortune. One minute she’s peering through grimy windows into an abandoned space, the next she’s planning a pop-up bistro.
When Lucy fires up Fortune’s old kitchen she discovers a little red recipe book that belonged to the former chef, the infamous Frankie Summers. As she cries over the ingredients for Frankie’s French Onion Soup, she imagines what Fortune was like in its heyday. It’s strange, Lucy can sense Frankie beside her, almost see him there …
This fiery chef, who lived with a passion for food and women in almost equal measure, just might help Lucy cook herself up a better life. But is she brave enough to believe?
A surprising, smart, charming novel that shows every day brings with it a second chance.

Something New by Lucy Knisley @ Chick With Books 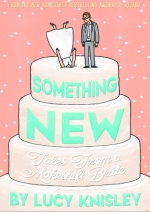 In 2010, Lucy and her long-term boyfriend John broke up. Three long, lonely years later, John returned to New York, walked into Lucy’s apartment, and proposed. This is not that story. It is the story of what came after: The Wedding.DIY maven Lucy Knisley was fascinated by American wedding culture . . . but also sort of horrified by it. So she set out to plan and execute the adorable DIY wedding to end all adorable DIY weddings. And she succeeded. This graphic novel–clocking in at almost 300 pages of humor, despair, and eternal love–is the story of how Lucy built a barn, invented a whole new kind of photo booth, and managed to turn an outdoor wedding on a rainy day into a joyous (though muddy) triumph.