Here at Mailbox Monday, we want to encourage participants to not only share the books they received, but to check out the books others have received.

Every Wednesday Leslie, Serena and I will each share 2 books that caught our eye from that week’s Mailbox Monday.

This Must be the Place by Maggie O’Farrell at BermudaOnion and At Home With Books.
Meet Daniel Sullivan, a man with a complicated life. A New Yorker living in the wilds of Ireland, he has children he never sees in California, a father he loathes in Brooklyn, and a wife, Claudette, who is a reclusive ex–film star given to pulling a gun on anyone who ventures up their driveway. Claudette was once the most glamorous and infamous woman in cinema before she staged her own disappearance and retreated to blissful seclusion in an Irish farmhouse.

But the life Daniel and Claudette have so carefully constructed is about to be disrupted by an unexpected discovery about a woman Daniel lost touch with twenty years ago. This revelation will send him off-course, far away from wife, children, and home. Will his love for Claudette be enough to bring him back?

When viral video of an explosive terrorist attack on San Francisco’s Golden Gate Bridge reveals that a Federal witness long thought dead is still alive, the organization he’d agreed to testify against will stop at nothing to put him in the ground.
FBI Special Agent Charlie Thompson is determined to protect him, but her hands are tied; the FBI’s sole priority is catching the terrorists before they strike again. So Charlie calls the only person on the planet who can keep her witness safe: Michael Hendricks.
Once a covert operative for the US military, Hendricks makes his living hitting hitmen… or he did, until the very organization hunting Charlie’s witness–the Council–caught wind and targeted the people he loves. Teaming up with a young but determined tech whiz, Cameron, on the condition she leave him alone after the case, Hendricks reluctantly takes the job.
Of course, finding a man desperate to stay hidden is challenging enough without deadly competition, let alone when the competition’s shadowy corporate backer is tangled in the terrorist conspiracy playing out around them. And now Hendricks is determined to take the Council down, even if that means wading into the center of a terror plot whose perpetrators are not what they seem.

Girl in the Afternoon: A Novel of Paris @ Book Fan Mary and Silver’s Reviews

Born into a wealthy Parisian family at the center of Belle Epoque society, 18-year-old Aimée Savaray dreams of becoming a respected painter in the male-dominated art world; and secretly, she also dreams of being loved by Henri, the boy her parents took in as a child and raised alongside her.

But when Henri inexplicably disappears, in the midst of the Franco-Prussian war, the Savarays’ privileged lives begin to unravel. Heartbroken, Aimée tries to find him, but Henri doesn’t want to be found—and only one member of the family knows why.

As Aimée seeks refuge in the art world, mentored by the Impressionist Édouard Manet, she unwittingly finds her way back to Henri. With so many years gone by and secrets buried, their eventual reunion unmasks the lies that once held the family together, but now threaten to tear them apart.

I love these kinds of stories about art!  This is a definite yes! 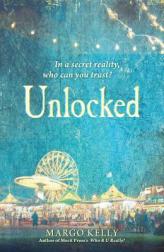 17-year-old Hannah is losing her grip on reality, which is affecting not only her but her friends and family too. She wrecked the car when bugs crawled over her hands, but were the creepy things even real? Now someone is moving Hannah’s possessions around in her room, or is she imagining that also? Why does she feel like she isn’t in control of her own brain anymore? Hannah is terrified she’s headed for a horrible life in and out of the mental institution, just like her dad.

When her friends bail, Hannah is left floundering. Her boyfriend, Manny, doesn’t believe her wild stories, and new girl Chelsea is practically replacing her at school. Only artsy outsider and self-proclaimed occult expert, Plug, agrees to help Hannah discover the truth, but even he can’t help Hannah reclaim her mind from whatever is taking over. She’ll have to do that on her own, especially if she wants to save her friends, her mom, and herself.

These kinds of stories intrigue me, with the artsy outsider and the girl in need — wild stories on top of it all.  Another definite yes.

I Like You Just Fine When You’re Not Around by Ann Garvin @ Book Fan
Everything is falling apart in Tig Monahan’s life. Her mother’s memory is going (dementia), her boyfriend is gone (Hawaii), her absent sister shows up long enough to have a baby (and then leaves again, without the baby) and her job as a therapist has disappeared after a contentious couples’ therapy session goes horribly and honestly sideways. Oh, and then there’s the whole thing about the family secret that nobody saw coming.
But Tig is a survivor (she hopes) who manages to stumble and step her way to a new job, new truths, new outlooks and a new lease on life.
I like the family aspect of the book, and definitely want to know that the secret is.

Savour: Salads for All Seasons by Peter Gordon @ Under My Apple Tree
What defines a salad? Is it merely a few ingredients tossed together in a bowl with a dressing, or is it more complex than that? Acclaimed chef Peter Gordon shows us that salads are versatile and fun dishes that harmoniously combine a mixture of individually prepared ingredients, that when coming together, can either be very similar in texture and colour, or ones that oppose each other–such as crunch supporting smooth.
Peter demonstrates how salads can be made to suit your mood; some salads are perfectly crafted assemblages, whilst others are quickly put together. By adding a contrasting flavour or texture to a mix, it can often highlight other ingredients in the same dish. Throughout the recipes within Vibrant Salads, you’ll discover that it is the shock of a sweet roast grape that highlights sharp citrus notes, or a spicy chilli being used to add excitement to a sweet mango.
Peter’s salads are wide-ranging and the recipes within Vibrant Salads reflect this; from vegetarian dishes such as aubergine with gem, quinoa and pistachio, to red meat based salads such as poached veal with anchovy mayonnaise and potatoes. Whatever your mood, the occasion or season, there will always be a salad to complement it.
I love salad, so I’m sure I’ll love this book.