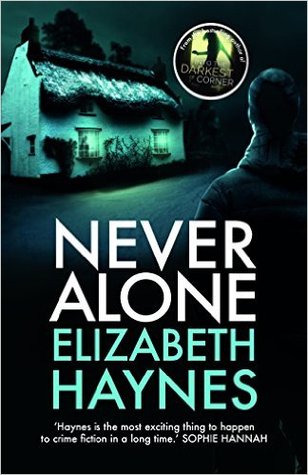 Sarah Carpenter lives in an isolated farmhouse in North Yorkshire and for the first time, after the death of her husband some years ago and her children, Louis and Kitty, leaving for university, she’s living alone. But she doesn’t consider herself lonely. She has two dogs, a wide network of friends and the support of her best friend, Sophie.

When an old acquaintance, Aiden Beck, needs somewhere to stay for a while, Sarah’s cottage seems ideal; and renewing her relationship with Aiden gives her a reason to smile again. It’s supposed to be temporary, but not everyone is comfortable with the arrangement: her children are wary of his motives, and Will Brewer, an old friend of her son’s, seems to have taken it upon himself to check up on Sarah at every opportunity. Even Sophie has grown remote and distant.

After Sophie disappears, it’s clear she hasn’t been entirely honest with anyone, including Will, who seems more concerned for Sarah’s safety than anyone else. As the weather closes in, events take a dramatic turn and Kitty too goes missing. Suddenly Sarah finds herself in terrible danger, unsure of who she can still trust.

But she isn’t facing this alone; she has Aiden, and Aiden offers the protection that Sarah needs. Doesn’t he?

I See You by Clare Mackintosh @The Infinite Curio

Every morning and evening, Zoe Walker takes the same route to the train station, waits at a certain place on the platform, finds her favorite spot in the car, never suspecting that someone is watching her…

It all starts with a classified ad. During her commute home one night, while glancing through her local paper, Zoe sees her own face staring back at her; a grainy photo along with a phone number and a listing for a website called FindTheOne.com.

Other women begin appearing in the same ad, a different one every day, and Zoe realizes they’ve become the victims of increasingly violent crimes including murder. With the help of a determined cop, she uncovers the ad s twisted purpose…A discovery that turns her paranoia into full-blown panic. Zoe is sure that someone close to her has set her up as the next target.

And now that man on the train the one smiling at Zoe from across the car could be more than just a friendly stranger. He could be someone who has deliberately chosen her and is ready to make his next move. 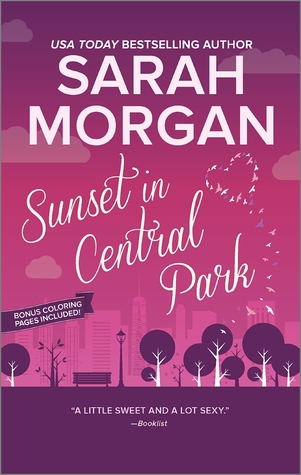 Sunset in Central Park by Sarah Morgan @The Bookworm

n the chaos of New York, true love can be hard to find, even when it’s been right under your nose all along…

Love has never been a priority for garden designer Frankie Cole. After witnessing the fallout of her parents’ divorce, she’s seen the devastation an overload of emotion can cause. The only man she feels comfortable with is her friend Matt—but that’s strictly platonic. If only she found it easier to ignore the way he makes her heart race…

Matt Walker has loved Frankie for years but, sensing how fragile she is beneath her feisty exterior, has always played it cool. But then he uncovers new depths to the girl he’s known forever and doesn’t want to wait a moment longer. He knows Frankie has secrets and has buried them deep, but can Matt persuade her to trust him with her heart and kiss him under the Manhattan sunset?

I love Manhattan, and who doesn’t love love? 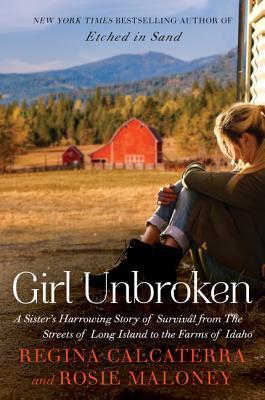 In the highly anticipated sequel to her New York Times bestseller Etched in Sand, Regina Calcaterra pairs with her youngest sister Rosie to tell Rosie’s harrowing, yet ultimately triumphant, story of childhood abuse and survival.

They were five kids with five different fathers and an alcoholic mother who left them to fend for themselves for weeks at a time. Yet through it all they had each other. Rosie, the youngest, is fawned over and shielded by her older sister, Regina. Their mother, Cookie, blows in and out of their lives like a hurricane, blind and uncaring to everything in her path.

But when Regina discloses the truth about her abusive mother to her social worker, she is separated from her younger siblings Norman and Rosie. And as Rosie discovers after Cookie kidnaps her from foster care, the one thing worse than being abandoned by her mother is living in Cookie’s presence. Beaten physically, abused emotionally, and forced to labor at the farm where Cookie settles in Idaho, Rosie refuses to give in. Like her sister Regina, Rosie has an unfathomable strength in the face of unimaginable hardship enough to propel her out of Idaho and out of a nightmare.

Filled with maturity and grace, Rosie’s memoir continues the compelling story begun in Etched in Sand a shocking yet profoundly moving testament to sisterhood and indomitable courage.

I love family relationship stories, and this sounds really good.

Salem’s chief of police, John Rafferty, now married to gifted lace reader Towner Whitney, investigates a 25-year-old triple homicide dubbed “The Goddess Murders,” in which three young women, all descended from accused Salem witches, were slashed one Halloween night. Aided by Callie Cahill, the daughter of one of the victims who has returned to town, Rafferty begins to uncover a dark chapter in Salem’s past. Callie, who has always been gifted with premonitions, begins to struggle with visions she doesn’t quite understand and an attraction to a man who has unknown connections to her mother’s murder. Neither believes that the main suspect, Rose Whelan, respected local historian and sometime-aunt to Callie, is guilty of murder or witchcraft. But exonerating Rose might mean crossing paths with a dangerous force. Were the women victims of an all-too-human vengeance, or was the devil raised in Salem that night? And if they cannot discover what truly happened, will evil rise again?

I really enjoyed Barry’s previous books, so I’d be thrilled to read this one.