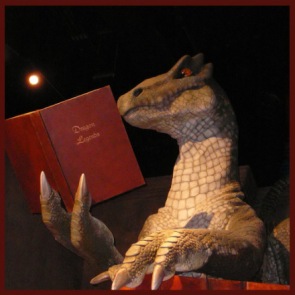 I think every week this month, I’m going to end up posting this on Thursday!  Swim meets are Wednesday nights, and with practice during the other days, I’m a busy mom.  I hope everyone is reading some great books.

Good Me, Bad Me by Ali Land at Rainy Days and Mondays.

Good Me Bad Me is dark, compelling, voice-driven psychological suspense by debut author Ali Land: “Could not be more unputdownable if it was slathered with superglue.” Sunday Express

Milly’s mother is a serial killer. Though Milly loves her mother, the only way to make her stop is to turn her in to the police. Milly is given a fresh start: a new identity, a home with an affluent foster family, and a spot at an exclusive private school.

When tensions rise and Milly feels trapped by her shiny new life, she has to decide: Will she be good? Or is she bad? She is, after all, her mother’s daughter.

Love and Other Consolation Prizes by Jamie Ford at Silver’s Reviews.

From the bestselling author of Hotel on the Corner of Bitter and Sweet comes a powerful novel, inspired by a true story, about a boy whose life is transformed at Seattle’s epic 1909 World’s Fair.

For twelve-year-old Ernest Young, a charity student at a boarding school, the chance to go to the World’s Fair feels like a gift. But only once he’s there, amid the exotic exhibits, fireworks, and Ferris wheels, does he discover that he is the one who is actually the prize. The half-Chinese orphan is astounded to learn he will be raffled off—a healthy boy “to a good home.”

The winning ticket belongs to the flamboyant madam of a high-class brothel, famous for educating her girls. There, Ernest becomes the new houseboy and befriends Maisie, the madam’s precocious daughter, and a bold scullery maid named Fahn. Their friendship and affection form the first real family Ernest has ever known—and against all odds, this new sporting life gives him the sense of home he’s always desired.

But as the grande dame succumbs to an occupational hazard and their world of finery begins to crumble, all three must grapple with hope, ambition, and first love.

Fifty years later, in the shadow of Seattle’s second World’s Fair, Ernest struggles to help his ailing wife reconcile who she once was with who she wanted to be, while trying to keep family secrets hidden from their grown-up daughters.

Against a rich backdrop of post-Victorian vice, suffrage, and celebration, Love and Other Consolations is an enchanting tale about innocence and devotion—in a world where everything, and everyone, is for sale. 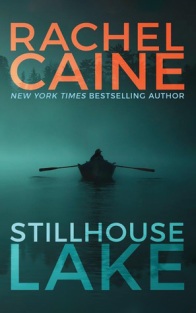 Gina Royal is the definition of average—a shy Midwestern housewife with a happy marriage and two adorable children. But when a car accident reveals her husband’s secret life as a serial killer, she must remake herself as Gwen Proctor—the ultimate warrior mom.

With her ex now in prison, Gwen has finally found refuge in a new home on remote Stillhouse Lake. Though still the target of stalkers and Internet trolls who think she had something to do with her husband’s crimes, Gwen dares to think her kids can finally grow up in peace.

But just when she’s starting to feel at ease in her new identity, a body turns up in the lake—and threatening letters start arriving from an all-too-familiar address. Gwen Proctor must keep friends close and enemies at bay to avoid being exposed—or watch her kids fall victim to a killer who takes pleasure in tormenting her. One thing is certain: she’s learned how to fight evil. And she’ll never stop.

I’m pretty sure I have read Rachel Caine but it has been sometime. This suspense sounds like a good one to pick up. 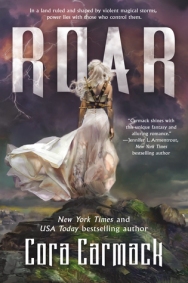 Roar (Stormheart #1) by Cora Carmack found at Read With Katie

In a land ruled and shaped by violent magical storms, power lies with those who control them.

Aurora Pavan comes from one of the oldest Stormling families in existence. Long ago, the ungifted pledged fealty and service to her family in exchange for safe haven, and a kingdom was carved out from the wildlands and sustained by magic capable of repelling the world s deadliest foes. As the sole heir of Pavan, Aurora’s been groomed to be the perfect queen. She s intelligent and brave and honorable. But she s yet to show any trace of the magic she ll need to protect her people.

To keep her secret and save her crown, Aurora’s mother arranges for her to marry a dark and brooding Stormling prince from another kingdom. At first, the prince seems like the perfect solution to all her problems. He’ll guarantee her spot as the next queen and be the champion her people need to remain safe. But the more secrets Aurora uncovers about him, the more a future with him frightens her. When she dons a disguise and sneaks out of the palace one night to spy on him, she stumbles upon a black market dealing in the very thing she lacks storm magic. And the people selling it? They re not Stormlings. They re storm hunters.

Legend says that her ancestors first gained their magic by facing a storm and stealing part of its essence. And when a handsome young storm hunter reveals he was born without magic, but possesses it now, Aurora realizes there’s a third option for her future besides ruin or marriage.

She might not have magic now, but she can steal it if she’s brave enough.

Challenge a tempest. Survive it. And you become its master.

Jamie Ford’s new book was also on my list.

The Monsters of Templeton by Lauren Groff at Rose City Reader

The day I returned to Templeton steeped in disgrace, the fifty-foot corpse of a monster surfaced in Lake Glimmerglass.”

So begins The Monsters of Templeton, a novel spanning two centuries: part contemporary story of a girl’s search for her father; part historical novel; and part ghost story. In the wake of a disastrous love affair with her older, married archaeology professor at Stanford, brilliant Wilhelmina Cooper arrives back at the doorstep of her hippie mother-turned-born-again-Christian’s house in Templeton, NY, a storybook town her ancestors founded that sits on the shores of Lake Glimmerglass. Upon her arrival, a prehistoric monster surfaces in the lake bringing a feeding frenzy to the quiet town, and Willie learns she has a mystery father, one her mother kept secret Willie’s entire life.

The beautiful, broody Willie is told that the key to her biological father’s identity lies somewhere in her family’s history, so she buries herself in the research of her twisted family tree and finds more than she bargained for as a chorus of voices from the town’s past–some sinister, all fascinating–rise up around her to tell their side of the story. In the end, dark secrets come to light, past and present day are blurred, and old mysteries are finally put to rest.

What books caught your eyes this week? We’d love to hear about them.