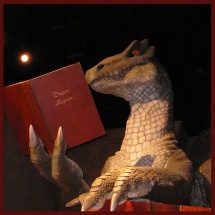 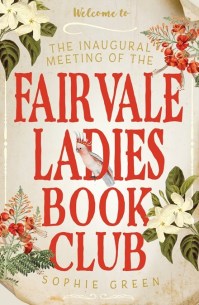 In 1978 the Northern Territory has begun to self-govern. Cyclone Tracy is a recent memory and telephones not yet a fixture on the cattle stations dominating the rugged outback. Life is hard and people are isolated. But they find ways to connect. Sybil is the matriarch of Fairvale Station, run by her husband, Joe. Their eldest son, Lachlan, was Joe’s designated successor but he has left the Territory – for good. It is up to their second son, Ben, to take his brother’s place. But that doesn’t stop Sybil grieving the absence of her child.

With her oldest friend, Rita, now living in Alice Springs and working for the Royal Flying Doctor Service, and Ben’s English wife, Kate, finding it difficult to adjust to life at Fairvale, Sybil comes up with a way to give them all companionship and purpose: they all love to read, and she forms a book club.

Mother-of-three Sallyanne is invited to join them. Sallyanne dreams of a life far removed from the dusty town of Katherine where she lives with her difficult husband, Mick. Completing the group is Della, who left Texas for Australia looking for adventure and work on the land.

If you loved THE GUERNSEY LITERARY AND POTATO PEEL PIE SOCIETY, THE LITTLE COFFEE SHOP OF KABUL and THE THORN BIRDS you will devour this story of five different women united by one need: to overcome the vast distances of Australia’s Top End with friendship, tears, laughter, books and love.

This description had me hooked with the reference to The Guernsey Literary and Potato Peel Pie Society, which I loved.

The Body by Hanif Kureishi @ Under My Apple Tree 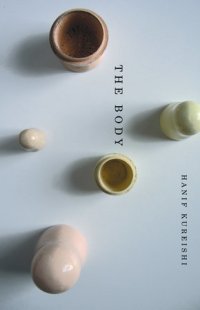 “How far are we willing to go to stay young? Hanif Kureishi – acclaimed author of The Buddha of Suburbia and Intimacy – explores the possibilities in this provocative story of an older man whose brain is surgically placed in a younger man’s body by a network of underground doctors.” Adam is offered the chance to trade in his sagging flesh for a much younger and more pleasing model. He tells his wife and son that he is going on an extended vacation. He immediately embarks on an odyssey of hedonism, but soon finds himself regretting what he left behind and feeling guilt over the responsibilities he has ignored. Sinister forces pursue him, wanting possession of “his” body, and he soon finds himself with nowhere to turn.

This sounds intriguing and thrilling. I would love to pick this one up.

Sunday Morning Coming Down by Nicci French at Rainy Days and Mondays. 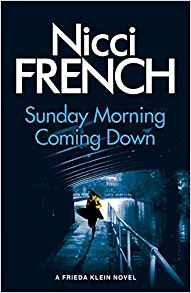 Psychotherapist Dr Frieda Klein once again finds herself in the midst of a criminal investigation when the rotting body of an ex-policeman is found beneath the floorboards of her house. The corpse is only months old but the main suspect, murderer Dean Reeve, died over seven years ago.

As the killer picks off his next victims and her home is turned into a crime scene, Frieda’s old life seems like a hazy dream. With eyes of the world upon her and no answers from the police, Frieda realises that she will have to track this killer before he tracks down those she loves.

I like the authors and have already read the first couple of books in this series . . . so a new book caught my eye. 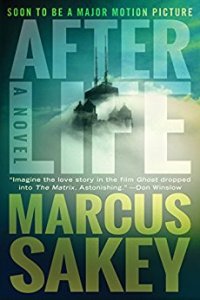 Soon to be a major motion picture from Imagine Entertainment and producers Ron Howard and Brian Grazer.

Between life and death lies an epic war, a relentless manhunt through two worlds…and an unforgettable love story.

The last thing FBI agent Will Brody remembers is the explosion—a thousand shards of glass surfing a lethal shock wave.

He wakes without a scratch.

The building is in ruins. His team is gone. Outside, Chicago is dark. Cars lie abandoned. No planes cross the sky. He’s relieved to spot other people—until he sees they’re carrying machetes.

Welcome to the afterlife.

Claire McCoy stands over the body of Will Brody. As head of an FBI task force, she hasn’t had a decent night’s sleep in weeks. A terrorist has claimed eighteen lives and thrown the nation into panic.

Against this horror, something reckless and beautiful happened. She fell in love…with Will Brody.

But the line between life and death is narrower than any of us suspect—and all that matters to Will and Claire is getting back to each other.

From the author of the million-copy bestselling Brilliance Trilogy comes a mind-bending thriller that explores our most haunting and fundamental question: What if death is just the beginning?

I enjoyed the Brilliance Trilogy and am anxious to read this one.

The Child Finder by Rene Denfeld at BermudaOnion’s Weblog. 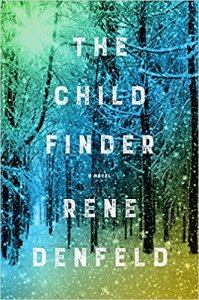 Three years ago, Madison Culver disappeared when her family was choosing a Christmas tree in Oregon’s Skookum National Forest. She would be eight years old now—if she has survived. Desperate to find their beloved daughter, certain someone took her, the Culvers turn to Naomi, a private investigator with an uncanny talent for locating the lost and missing. Known to the police and a select group of parents as The Child Finder, Naomi is their last hope.

Naomi’s methodical search takes her deep into the icy, mysterious forest in the Pacific Northwest, and into her own fragmented past. She understands children like Madison because once upon a time, she was a lost girl too.

As Naomi relentlessly pursues and slowly uncovers the truth behind Madison’s disappearance, shards of a dark dream pierce the defenses that have protected her, reminding her of a terrible loss she feels but cannot remember. If she finds Madison, will Naomi ultimately unlock the secrets of her own life?

2 thoughts on “Books That Caught Our Eyes”