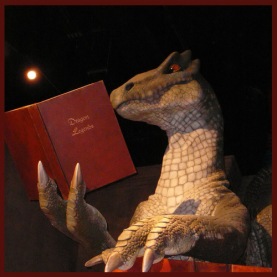 The Missing by C. L. Taylor at Sliver’s Reviews.

In this harrowing psychological thriller about a missing teenage boy whose mother must expose the secrets within their own family if she wants to find her son—perfect for fans of Reconstructing Amelia.
You love your family. They make you feel safe. You trust them. Or do you…?
When fifteen-year-old Billy Wilkinson goes missing in the middle of the night, his mother, Claire Wilkinson, blames herself. She’s not the only one. There isn’t a single member of Billy’s family that doesn’t feel guilty. But the Wilkinsons are so used to keeping secrets from one another that it isn’t until six months later, after an appeal for information goes horribly wrong, that the truth begins to surface.
Claire is sure of two things—that Billy is still alive and that her friends and family had nothing to do with his disappearance.
A mother’s instinct is never wrong. Or is it…?
Combining an unreliable narrator and fast-paced storytelling, The Missing is a chilling novel of psychological suspense that will thoroughly captivate and obsess readers.

When an old friend gets in touch, Sarah Havenant discovers that there are two Facebook profiles in her name. One is hers. The other, she has never seen.

And this is just the beginning. Because whoever has set up the second profile has been waiting for Sarah to find it. And now that she has, her life will no longer be her own…

Architect Cassidy Logan has sworn off good-looking adventurers. Newly divorced, she’s focused on building ecologically friendly, historically accurate homes on the Chesapeake Bay for her father’s construction company. Traveling to Cannonball Island—where there has been no new construction in nearly one hundred years—Cass is sensitive to the heritage of the island, and has come up with plans so perfect she’s determined to buy a home for herself. Even the fact that Owen Parker—a local who she dismisses as a lightweight and a player—seems to be everywhere isn’t enough to deter her from building her dream house.

Owen Parker is and always has been sinfully handsome and wickedly clever, a magnet for mischief as well as girls. He’s a rolling stone, going and doing whatever appeals to him, from flying a mail plane in Alaska, to working on a cattle ranch in Australia, a shrimp boat in Louisiana, and surfing and diving in Costa Rica. When an old friend offers him a job salvaging a sunken ship on the Chesapeake Bay, Owen gladly accepts. Something’s been telling him it was time to head home to Cannonball Island, and a job is as good an excuse as any. And he’s totally smitten by the pretty architect on the scene, but it seems he’s finally met a woman who’s immune to his charms. Sooner or later, Owen will have to face the reason why he always runs, because this time, leaving just might be harder than staying.

I have read this author but not this series. The cover really caught my eye and the blurb presents a story I could like.

Fleeing a disastrous love affair, university librarian Amy Webber moves in with her aunt in a quiet, historic mountain town in Virginia. She quickly busies herself with managing a charming public library that requires all her attention with its severe lack of funds and overabundance of eccentric patrons. The last thing she needs is a new, available neighbor whose charm lures her into trouble.

Dancer-turned-teacher and choreographer Richard Muir inherited the farmhouse next door from his great-uncle, Paul Dassin. But town folklore claims the house’s original owner was poisoned by his wife, who was an outsider. It quickly became water under the bridge, until she vanished after her sensational 1925 murder trial. Determined to clear the name of the woman his great-uncle loved, Richard implores Amy to help him investigate the case. Amy is skeptical until their research raises questions about the culpability of the town’s leading families… including her own.

When inexplicable murders plunge the quiet town into chaos, Amy and Richard must crack open the books to reveal a cruel conspiracy and lay a turbulent past to rest in A Murder for the Books, the first installment of Victoria Gilbert’s Blue Ridge Library mysteries.

It is hard to resist titles that include books; make is a cozy mystery and that is a double draw.

Colin Furze’s bonkers and brilliant inventions such as a homemade hoverbike, DIY Wolverine Claws, an alarm clock ejector bed, and Hoover shoes have earned him 4.5 million YouTube subscribers and more than 450 million video views. Now Colin is on a mission to inspire a new generation of budding inventors with This Book Isn’t Safe!

This Book Isn’t Safe contains instructions on how to make ten brand new inventions with a basic at-home toolkit, alongside behind-the-scenes stories about some of Colin’s greatest inventions and top secret tips and tricks straight from his invention bunker (aka a shed in his backyard in Stamford Lincolnshire).

My family likes inventions and science experiments, and I think this would be a good one to have.