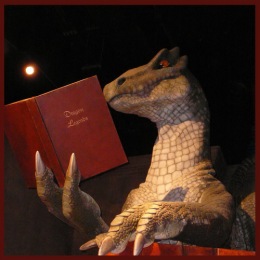 Enter a realm where fears are physical and memories come alive in this absorbing psychological suspense thriller, from acclaimed New York Times bestselling author of Special Topics in Calamity Physics and Night Film.

Once upon a time, back at Darrow-Harker School, Beatrice Hartley and her five best friends were the cool kids, the beautiful ones. Then the shocking death of Jim–their creative genius and Beatrice’s boyfriend–changed everything.

One year after graduation, Beatrice is returning to Wincroft–the seaside estate where they spent so many nights sharing secrets, crushes, plans to change the world–hoping she’ll get to the bottom of the dark questions gnawing at her about Jim’s death.

But as the night plays out in a haze of stilted jokes and unfathomable silence, Beatrice senses she’s never going to know what really happened.

Then a mysterious man knocks on the door. Blithely, he announces the impossible: time for them has become stuck, snagged on a splinter that can only be removed if the former friends make the harshest of decisions.
Now Beatrice has one last shot at answers . . . and at life.

And so begins the Neverworld Wake.

Surprise Me by Sophie Kinsella at Sam Still Reading

After ten years together, Sylvie and Dan have a comfortable home, fulfilling jobs, and beautiful twin girls, and they communicate so seamlessly they finish each other’s sentences. They have a happy marriage and believe they know everything there is to know about each other. Until it’s casually mentioned to them that they could be together for another sixty-eight years . . . and panic sets in.

They decide to bring surprises into their marriage to keep it fresh and fun. But in their pursuit of Project Surprise Me—from unexpected gifts to restaurant dates to sexy photo shoots—mishaps arise, with disastrous and comical results. Gradually, surprises turn to shocking truths. And when a scandal from the past is uncovered, they begin to wonder if they ever really knew each other at all.

With a colorful cast of eccentric characters, razor-sharp observations, and her signature wit and charm, Sophie Kinsella presents a humorous yet moving portrait of a marriage—its intricacies, comforts, and complications. Surprise Me reveals that hidden layers in a close relationship are often yet to be discovered.

I love Kinsella’s humor, so this one should be a breath of fresh air.

The War Bride’s Scrapbook by Caroline Preston at Under My Apple Tree.

Lila Jerome has never been very lucky in love, and has always been more interested in studying architecture and, more recently, supporting the war bond effort on the home front. But in the fall of 1943, a chance spark with a boarder in her apartment sets Lila on a course that shakes up all of her ideas about romance.

Lila is intoxicated by Perry Weld, the charismatic army engineer who’s about to ship out to the European front, and it isn’t long before she discovers that the feeling is mutual. After just a few weeks together, caught up in the dramatic spirit of the times and with Perry’s departure date fast approaching, the two decide to elope. In a stunning kaleidoscope of vibrant ephemera, Lila boldly attempts to redefine her life in America as she navigates the heartache and longing of a marriage separated by ocean and war.

In her second scrapbook novel after the lauded Scrapbook of Frankie Pratt, Caroline Preston has once again pulled from her own extraordinary collection of vintage memorabilia, transporting us back to the lively, tumultuous 1940s and introducing us to an unforgettable, ambitious heroine who must learn to reconcile a wartime marriage with a newfound self-confidence.

I really loved Preston’s first book, so I’m sure to love this one.

A long, long time ago, before email and texting, the mail was delivered in a much slower way-it was called Snail Mail (because some thought it was delivered by a snail). Although it took much longer, everyone agreed that letters were a little more special when they were delivered by Snail Mail. They might be handwritten. They might include a drawing. They might even contain a surprise inside One such letter was sent by a Girl to the Boy she loved, and it was up to four special snails to deliver her card across the country. The snails trek across the country-through desert heat and dangerous blizzards, across mountains and plains, through cities and forests-and along the way, they find that taking time to slow down and look around makes the journey all the more beautiful.

Snail Mail’s playful and educational story encourages kids to have slow living, and to approach life with determination and wonder. Julia Patton’s rich illustrations showcase America’s diverse terrain and national monuments from coast to coast. Kids and parents alike will delight in this celebration of America’s beauty and the power of a simple handwritten letter.

Ngaio Marsh was one of the queens (she has been called the empress) of England’s Golden Age of mystery fiction. And in true Golden Age fashion, her oeuvre opens with, yes, a country-house party between the two world wars – servants bustling, gin flowing, the gentlemen in dinner jackets, the ladies all slink and smolder. Even more delicious: The host, Sir Hubert Handesley, has invented a new and especially exciting version of that beloved parlor entertainment, The Murder Game.

I saw ‘vintage murder’, then variation of ‘The Murder Game’, and I was caught.