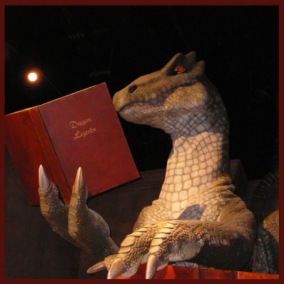 Every week we will each share two books that caught our eye from that week’s Mailbox Monday.

In Dog We Trust by Beth Kendrick found at Bookfan.

From the author of Once Upon a Wine, a new novel set in the charming seashore town of Black Dog Bay, Delaware.

When everything has gone to the dogs . . .

When Jocelyn Hillier is named legal guardian for the late Mr. Allardyce’s pack of pedigreed Labrador retrievers, her world is flipped upside down. She’s spent her entire life toiling in the tourism industry in Black Dog Bay and never expected to be living the pampered life of a seasonal resident in an ocean side mansion, complete with a generous stipend. But her new role isn’t without its challenges: The dogs (although lovable) are more high-maintenance than any Hollywood diva, the man she wants to marry breaks her heart, and she’s confronted at every turn by her late benefactor’s estranged son, Liam, who thinks he’s entitled to the inheritance left to the dogs.

Jocelyn has worked too hard to back down without a fight, and she’s determined to keep her new fur family together. As she strives to uphold the “Best in Show” standards her pack requires, Jocelyn finds love, family, and forgiveness in the most unexpected places.

“I’ve said it before: I am a sucker for dogs. The description sounds cute too.”

Sarah Grayson and her feline ally, Elvis, get a chance to see if their sleuthing skills are up to scratch in the sixth installment of the New York Times bestselling Second Chance Cat Mysteries.

It’s fall in North Harbor, Maine, where Sarah owns a charming secondhand shop and sells lovingly refurbished items of all kinds. The shop is always bustling–and not just because a quirky team of senior-citizen detectives works out of it and manages to get in even more trouble than Sarah’s rough-and-tumble rescue cat, Elvis.

A cold case heats up when young Mallory Pearson appears at the shop. Mallory’s father is in prison for negligence after her stepmother’s mysterious death, but Mallory believes he is innocent and asks the in-house detectives to take on the case. With Sarah and Elvis lending a paw, the detectives decide to try to give Mallory’s father a second chance of his own.

“Another pet story and the legal pun in the title sure caught my eye.”
SERENA:

The Night Before by Wendy Walker at Dream Come Review, Under My Apple Tree, Silver’s Reviews, and BermudaOnion’s Weblog.

Laura Lochner has never been lucky in love. She falls too hard and too fast, always choosing the wrong men. Devastated by the end of her last relationship, she fled her Wall Street job and New York City apartment for her sister’s home in the Connecticut suburb where they both grew up. Though still haunted by the tragedy that’s defined her entire life, Laura is determined to take one more chance on love with a man she’s met on an Internet dating site.

Rosie Ferro has spent most of her life worrying about her troubled sister. Fearless but fragile, Laura has always walked an emotional tightrope, and Rosie has always been there to catch her. Laura’s return, under mysterious circumstances, has cast a shadow over Rosie’s peaceful life with her husband and young son – a shadow that grows darker as Laura leaves the house for her blind date.

When Laura does not return home the following morning, Rosie fears the worst. She’s not responding to calls or texts, and she’s left no information about the man she planned to meet. As Rosie begins a desperate search to find her sister, she is not just worried about what this man might have done to Laura. She’s worried about what Laura may have done to him