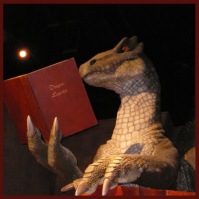 A Beautiful Corpse by Christi Daugherty at The Infinite Curio.

With its antebellum houses and ancient oak trees draped in a veil of Spanish moss, Savannah’s graceful

downtown is famous around the world. When a woman is killed in the heart of that affluent district, the shock is felt throughout the city. But for crime reporter Harper McClain, this story is personal. The corpse has a familiar face.

Only twenty-four years old, Naomi Scott was just getting started. A law student, tending bar to make ends meet, she wanted to change the world. Instead, her life ended in the dead of night at the hands of an unseen gunman. There are no witnesses to the crime. The police have three suspects: Scott’s boyfriend, who has a criminal past he claims he’s put behind him, her boss, who stalked another young bartender two years ago, and the district attorney’s son, who Naomi dated until their relationship ended in acrimony. All three men claim to love her. Could one of them be her killer?

With the whole city demanding answers, Harper unravels a tangled story of obsession and jealousy. But the pressures on her go beyond the murder. The newspaper is facing more layoffs. Her boss fears both their jobs are on the line. And Harper begins to realize that someone is watching her every move. Someone familiar and very dangerous.

Someone who told her to run before it’s too late…

“Sometimes you need a good mystery to read.” 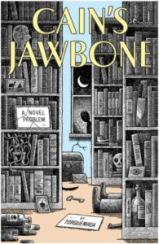 In 1934, The Observer’s crossword writer, Edward Powys Mathers, wrote a unique novel Cain’s Jawbone. The title, referring to the first recorded murder weapon, was written under his pen name Torquemada. The story was not only a murder mystery but one of the hardest and most beguiling word puzzles ever published.

The 100 pages of the book were printed and bound out of order and the reader was invited to re-order the pages, solve the mysteries and reveal the murderer(s). There were over 32 million possible combinations of pages but only one order was correct. The puzzle was extremely difficult and was only solved by two puzzlers whose names were revealed in The Observer – but the solution to the problem remained a secret.

The Laurence Sterne Trust is interested in all literary works that challenge the idea of linear narrative (BS Johnson, Marc Saporta, Julio Cortázar &c) in line with Laurence Sterne’s legacy, so the Trust responded with a mixture of surprise and delight when The Torquemada Puzzle Book was donated to the museum’s contemporary collection, even though the solution was missing. Now, after many months of research and good fortune, the Trust has managed to unlock the secret of Cain’s Jawbone.

To share the complexities, red-herrings and literary adventures hidden in the puzzle, Unbound are republishing the book in a custom-made box so that readers can physically reorder the pages for themselves and then get down to identifying the characters behind the fiendish crimes.

“I love the idea of a puzzle and a mystery story!”

This Light Between Us (A Novel of World War II) by Andrew Fukuda found at BermudaOnion’s Weblog.

From award-winning YA author Andrew Fukuda comes This Light Between Us, a powerfully affecting story of World War II about the unlikeliest of pen pals—a Japanese American boy and a French Jewish girl—as they fight to maintain hope in a time of war.

“I remember visiting Manzanar and standing in the windswept plains where over ten thousand internees were once imprisoned, their voices cut off. I remember how much I wanted to write a story that did right by them. Hopefully this book delivers.”—Andrew Fukuda

In 1935, ten-year-old Alex Maki from Bainbridge Island, Washington is disgusted when he’s forced to become pen pals with Charlie Lévy of Paris, France—a girl. He thought she was a boy. In spite of Alex’s reluctance, their letters continue to fly across the Atlantic—and along with them, the shared hopes and dreams of friendship. Until the Japanese attack on Pearl Harbor and the growing Nazi persecution of Jews force them to confront the darkest aspects of human nature.

From the desolation of an internment camp on the plains of Manzanar to the horrors of Auschwitz and the devastation of European battlefields, the only thing they can hold onto are the memories of their letters. But nothing can dispel the light between them.

“This is another pretty cover and remarkable sounding story.”