Painting Time by Maylis de Kerangal, trans. by Jessica Moore, found at A Universe In Words.

An aesthetic and existential coming-of-age novel exploring the apprenticeship of a young female painter.

In Maylis de Kerangal’s Painting Time, we are introduced to the burgeoning young artist Paula Karst, who is enrolled at the famous Institut de Peinture in Brussels. Unlike the friends she makes at school, Paula strives to understand the specifics of what she’s painting―replicating a wood’s essence or a marble’s wear requires method, technique, and talent, she finds, but also something else: craftsmanship. She resolutely chooses the painstaking demands of craft over the abstraction of high art.

With the attention of a documentary filmmaker, de Kerangal follows Paula’s apprenticeship, punctuated by brushstrokes, hard work, sleepless nights, sore muscles, and long, festive evenings. After completing her studies at the Institute, Paula continues to practice her art in Paris, in Moscow, then in Italy on the sets of great films, all as if rehearsing for a grand finale: a job working on Lascaux IV, a facsimile reproduction of the world’s most famous paleolithic cave art and the apotheosis of human cultural expression.

An enchanted, atmospheric, and highly aesthetic coming-of-age novel, Painting Time is an intimate and unsparing exploration of craft, inspiration, and the contours of the contemporary art world. As she did in her acclaimed novels The Heart and The Cook, Maylis de Kerangal unravels a tightly wound professional world to reveal the beauty within.

“I love books about artists, and this is a coming of age novel like no other I’ve read.” 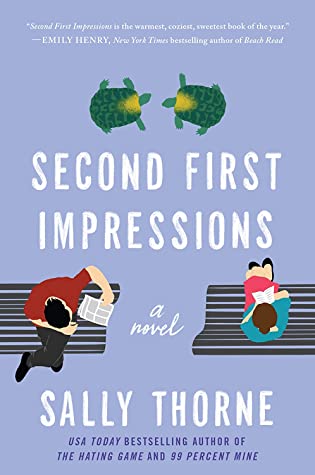 Distraction (n): an extreme agitation of the mind or emotions.

Ruthie Midona has worked the front desk at the Providence Luxury Retirement Villa for six years, dedicating her entire adult life to caring for the Villa’s residents, maintaining the property (with an assist from DIY YouTube tutorials), and guarding the endangered tortoises that live in the Villa’s gardens. Somewhere along the way, she’s forgotten that she’s young and beautiful, and that there’s a world outside of work—until she meets the son of the property developer who just acquired the retirement center.

Teddy Prescott has spent the last few years partying, sleeping in late, tattooing himself when bored, and generally not taking life too seriously—something his father, who dreams of grooming Teddy into his successor, can’t understand. When Teddy needs a place to crash, his father seizes the chance to get him to grow up. He’ll let Teddy stay in one of the on-site cottages at the retirement home, but only if he works to earn his keep. Teddy agrees—he can change a few lightbulbs and clip some hedges, no sweat. But Ruthie has plans for Teddy too.

Her two wealthiest and most eccentric residents have just placed an ad (yet another!) seeking a new personal assistant to torment. The women are ninety-year-old, four-foot-tall menaces, and not one of their assistants has lasted a full week. Offering up Teddy seems like a surefire way to get rid of the tall, handsome, unnerving man who won’t stop getting under her skin.

Ruthie doesn’t count on the fact that in Teddy Prescott, the Biddies may have finally met their match. He’ll pick up Chanel gowns from the dry cleaner and cut Big Macs into bite-sized bits. He’ll do repairs around the property, make the residents laugh, and charm the entire villa. He might even remind Ruthie what it’s like to be young and fun again. But when she finds out Teddy’s father’s only fixing up the retirement home to sell it, putting everything she cares about in jeopardy, she’s left wondering if Teddy’s magic was all just a façade.

“I can relate to someone who gets so into their work and obligations that they forget there are pleasures out there to be had beyond work. This sounds like a good escape book for me.”

From the New York Times bestselling author of The Iron Druid Chronicles comes book two of an “action-packed, enchantingly fun” (Booklist) spin-off series, as an eccentric master of rare magic solves a supernatural mystery Down Under!

There’s only one Al MacBharrais: Though other Scotsmen may have dramatic mustaches and a taste for fancy cocktails, Al also has a unique talent. He’s a master of ink and sigil magic. In his gifted hands, paper and pen can work wondrous spells.

But Al isn’t quite alone: He is part of a global network of sigil agents who use their powers to protect the world from mischievous gods and strange monsters. So when a fellow agent disappears under sinister circumstances in Australia, Al leaves behind the cozy pubs and cafes of Glasgow and travels to the Dandenong Ranges in Victoria to solve the mystery.

The trail to his colleague begins to pile up with bodies at alarming speed, so Al is grateful his friends have come to help—especially Nadia, his accountant who moonlights as a pit fighter. Together with a whisky-loving hobgoblin known as Buck Foi and the ancient Druid Atticus O’Sullivan, along with his dogs, Oberon and Starbuck, Al and Nadia will face down the wildest wonders Australia—and the supernatural world—can throw at them, and confront a legendary monster not seen in centuries.

“I enjoyed the Iron Druid series and didn’t realize there is a new spin-off.”

Find Me First by Linwood Barclay found at Silver’s Reviews.

The New York Times bestselling author of Elevator Pitch and master of psychological suspense returns with a riveting thriller in which the possible heirs of a dying tech millionaire are mysteriously being eliminated, one by one.

“Find You First starts with a bang and ends with an even bigger one. . . . It’s the best book of his career.” —Stephen King

Tech millionaire Miles Cookson has more money than he can ever spend, and everything he could dream of—except time. He has recently been diagnosed with a terminal illness, and there is a fifty percent chance that it can be passed on to the next generation. For Miles, this means taking a long hard look at his past . . .

Two decades ago, a young, struggling Miles was a sperm donor. Somewhere out there, he has kids—nine of them. And they might be about to inherit both the good and the bad from him—maybe his fortune, or maybe something much worse.

As Miles begins to search for the children he’s never known, aspiring film documentarian Chloe Swanson embarks on a quest to find her biological father, armed with the knowledge that twenty-two years ago, her mother used a New York sperm bank to become pregnant.

When Miles and Chloe eventually connect, their excitement at finding each other is overshadowed by a series of mysterious and terrifying events. One by one, Miles’s other potential heirs are vanishing—every trace of them wiped, like they never existed at all.

Who is the vicious killer—another heir methodically erasing rivals? Or is something even more sinister going on?
It’s a deadly race against time . . .

One thought on “Books That Caught Our Eye”