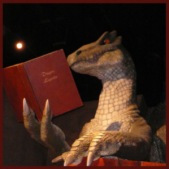 When an army vet becomes a firefighter in small-town Colorado, the flames of an old love reignite in this sweet romance by bestselling author Shelley Shepard Gray

In Woodland Park, a small town nestled in the foothills of Pikes Peak, Anderson Kelly and Chelsea Davis were once the high school “it” couple–the star quarterback and the valedictorian. They broke up when Anderson joined the army and one poor decision at a fraternity party changed Chelsea’s life. Now, she works long shifts in a senior center to support her nine-year-old son, Jack.

After multiple tours in Afghanistan, Anderson has changed, too–physically scarred but mentally strong–and he decides to move back to Woodland Park. Anderson and Chelsea steer clear of each other to avoid reopening old wounds, until they are forced to reconnect through the senior center. They soon discover that the love they once shared never completely vanished. But it will take a fire, a dangerous collision, and the love of one little boy to help Anderson and Chelsea see that the future they’ve always yearned for is in sight…

“I love this cover and it sounds like a nice second chance romance .”

The Prison Healer by Lynette Noni found at The Infinite Curio.

Seventeen-year-old Kiva Meridan has spent the last ten years fighting for survival in the notorious death prison, Zalindov, working as the prison healer.

When the Rebel Queen is captured, Kiva is charged with keeping the terminally ill woman alive long enough for her to undergo the Trial by Ordeal: a series of elemental challenges against the torments of air, fire, water, and earth, assigned to only the most dangerous of criminals.

Then a coded message from Kiva’s family arrives, containing a single order: “Don’t let her die. We are coming.” Aware that the Trials will kill the sickly queen, Kiva risks her own life to volunteer in her place. If she succeeds, both she and the queen will be granted their freedom.

But no one has ever survived.

With an incurable plague sweeping Zalindov, a mysterious new inmate fighting for Kiva’s heart, and a prison rebellion brewing, Kiva can’t escape the terrible feeling that her trials have only just begun.

“I like stories about healers and this one sounds different with a prison setting and challenging trials.”

Everyone knows Unknown Island—it’s the world’s most exclusive destination. Think white sand beaches, turquoise seas, and luxury accommodations. Plus, it’s invite only, no one over twenty-one allowed, and it’s absolutely free. Who wouldn’t want to go?
After launching with a showstopping viral marketing campaign, the whole world is watching as the mysterious resort opens its doors to the First Ten, the ten elite influencers specifically chosen to be the first to experience everything Unknown Island has to offer. You know them. There’s the gamer, the beauty blogger, the rich girl, the superstar, the junior politician, the environmentalist, the DJ, the CEO, the chef, and the athlete.
What they don’t know is that they weren’t invited to Unknown Island for their following—they were invited for their secrets. Everyone is hiding a deadly one, and it looks like someone’s decided it’s payback time. Unknown Island isn’t a vacation, it’s a trap. And it’s beginning to look like the First Ten—no matter how influential—are never coming home.

The Lessons by John Purcell at Sam Still Reading.

What if your first love was your one and only chance of happiness? In our lives, some promises are easily forgotten, while others come back to haunt us. From the bestselling author of The Girl on the Page comes a compelling novel about love and betrayal – and literature.
1961
When teens Daisy and Harry meet, it feels so right they promise to love each other forever, but everything is stacked against them: class, education, expectations. After Daisy is sent by her parents to live with her glamorous, bohemian Aunt Jane, a novelist working on her second book, she is confronted by adult truths and suffers a loss of innocence that flings her far from the one good thing in her life, Harry.
1983
Jane Curtis, now a famous novelist, is at a prestigious book event in New York, being interviewed about the overlap between her life and her work, including one of her novels about the traumatic coming of age of a young woman. But she evades the interviewer’s probing questions. What is she trying to hide?
An intriguing, striking and powerful novel, The Lessons tells a compelling story about literature, love and betrayal, about how far writers will go in plundering their lives for their art, and about how much we’re prepared to forgive – if we forgive.

“Liking the literature, love and betrayal combo premise in this one.”

When Women Were Dragons by Kelly Barnhill at Infinite Curio.

Learn about the Mass Dragoning of 1955 in which 300,000 women spontaneously transform into dragons…and change the world.

Alex Green is a young girl in a world much like ours. But this version of 1950’s America is characterized by a significant event: The Mass Dragoning of 1955, when hundreds of thousands of ordinary wives and mothers sprouted wings, scales and talons, left a trail of fiery destruction in their path, and took to the skies. Seemingly for good. Was it their choice? What will become of those left behind? Why did Alex’s beloved Aunt Marla transform but her mother did not? Alex doesn’t know. It’s taboo to speak of, even more so than her crush on Sonja, her schoolmate.

Forced into silence, Alex nevertheless must face the consequences of dragons: a mother more protective than ever; a father growing increasingly distant; the upsetting insistence that her aunt never even existed; and a new “sister” obsessed with dragons far beyond propriety. Through loss, rage, and self-discovery, this story follows Alex’s journey as she deals with the events leading up to and beyond the Mass Dragoning, and her connection with the phenomenon itself.

“I was first attracted to the cover of this one. But imagine suddenly sprouting wings and talons.”

***ATTENTION: We’re looking for a new host! Velvet would like to pass the torch onto someone new. If you’re interested, please email savvyverseandwit AT gmail