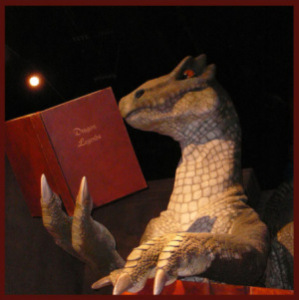 We’re looking for a new host! 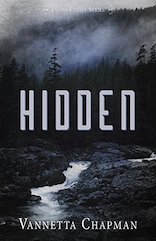 Hidden by Vanetta Chapman found at The Book Connection

Hidden—A Christian romantic suspense Home is where our story begins … DANA JACOBS would rather forget the night of tragedy and violence that marred her childhood. She is now supervisor in charge of the Department of Homeland Security in Taos, New Mexico. Her team is prepared to handle any threat—biological, chemical, conventional, cyber, even nuclear.

BENJAMIN MARSHALL is newly assigned to Dana’s office. Straight from a six year military deployment, he is not what Dana wants or needs. Ben knows God has a reason for putting him in this place at this time—to help Dana. When a local school is threatened, they open a case which leads them on a chase through the Enchanted Circle and Carson National Forest, pursuing a man filled with a bitterness Dana can understand. But her anger is different. It’s justified, it remains hidden inside, and it hurts no one.

Can Dana face her own mortality? And when she does, can she truly understand what it means to forgive and to be forgiven?

“I like Christian romantic suspense and I’ve read and liked this author’s Amish stories.” 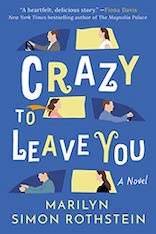 From the author of Husbands and Other Sharp Objects comes a witty, bighearted novel about the happy accidents that lead to love and second chances.

Forty-one years old, the last of her friends to marry, and down to a size 12, Lauren Leo is in her gown and about to tie the knot. There’s just one thing missing: the groom. With one blindsiding text, Lauren is unceremoniously dumped at the altar.

In the aftermath, her mother is an endless well of unsolicited advice (Stay on your diet and freeze your eggs). Her sisters only add to the Great Humiliation: one is planted on Lauren’s couch while the other is too perfect.

Picking her heart up off the floor, Lauren turns to her work in advertising as she gathers courage to move on and plan her next step. She should know by now that nothing in life goes according to plan. What lies ahead is the road to self-acceptance and at long last feeling worthy. With a new way to measure love and success, Lauren chucks her scale—and finds a second chance in the most unexpected place.

“This just sounds like a fun, (hopefully) warm read.” 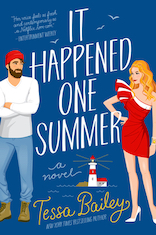 It Happened One Summer by Tessa Bailey at Sam Still Reading

Piper Bellinger is fashionable, influential, and her reputation as a wild child means the paparazzi are constantly on her heels. When too much champagne and an out-of-control rooftop party lands Piper in the slammer, her stepfather decides enough is enough. So he cuts her off, and sends Piper and her sister to learn some responsibility running their late father’s dive bar… in Washington.

Piper hasn’t even been in Westport for five minutes when she meets big, bearded sea captain Brendan, who thinks she won’t last a week outside of Beverly Hills. So what if Piper can’t do math, and the idea of sleeping in a shabby apartment with bunk beds gives her hives. How bad could it really be She’s determined to show her stepfather—and the hot, grumpy local—that she’s more than a pretty face.

Except it’s a small town and everywhere she turns, she bumps into Brendan. The fun-loving socialite and the gruff fisherman are polar opposites, but there’s an undeniable attraction simmering between them. Piper doesn’t want any distractions, especially feelings for a man who sails off into the sunset for weeks at a time. Yet as she reconnects with her past and begins to feel at home in Westport, Piper starts to wonder if the cold, glamorous life she knew is what she truly wants. LA is calling her name, but Brendan—and this town full of memories—may have already caught her heart.

“I think this could be a fun read.” 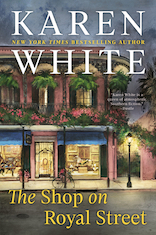 After a difficult detour on her road to adulthood, Nola Trenholm is looking to begin anew in New Orleans, and what better way to start her future than with her first house? But the historic fixer-upper she buys comes with even more work than she anticipated when the house’s previous occupants don’t seem to be ready to depart.

Although she can’t communicate with ghosts like her stepmother can, luckily Nola knows someone in New Orleans who is able to—even if he’s the last person on earth she wants anything to do with ever again. Beau Ryan comes with his own dark past—a past that involves the disappearance of his sister and parents during Hurricane Katrina—and he’s connected to the unsolved murder of a woman who once lived in the old Creole cottage Nola is determined to make her own…whether the resident restless spirits agree or not.

“I loved the Tradd Street Series, and I loved Nola, so I’m excited to read this one.” 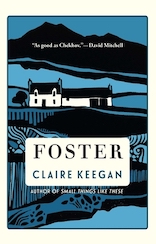 Foster by Claire Keegan at A Universe in Words

It is a hot summer in rural Ireland. A child is taken by her father to live with relatives on a farm, not knowing when or if she will be brought home again. In the Kinsellas’ house, she finds an affection and warmth she has not known and slowly, in their care, begins to blossom. But there is something unspoken in this new household–where everything is so well tended to–and this summer must soon come to an end.

“Want to squeeze in one more summer themed book into my mix.” 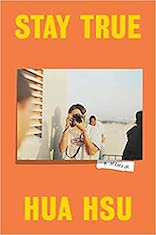 Stay True: A Memoir by Hua Hsu at Book Dilettante

In the eyes of eighteen-year-old Hua Hsu, the problem with Ken–with his passion for Dave Matthews, Abercrombie & Fitch, and his fraternity–is that he is exactly like everyone else. Ken, whose Japanese American family has been in the United States for generations, is mainstream; for Hua, the son of Taiwanese immigrants, who makes ‘zines and haunts Bay Area record shops, Ken represents all that he defines himself in opposition to. The only thing Hua and Ken have in common is that, however they engage with it, American culture doesn’t seem to have a place for either of them.

But despite his first impressions, Hua and Ken become friends, a friendship built on late-night conversations over cigarettes, long drives along the California coast, and the textbook successes and humiliations of everyday college life. And then violently, senselessly, Ken is gone, killed in a carjacking, not even three years after the day they first meet.

“Want to read about this experience of American culture.”

One thought on “Books That Caught Our Eye”