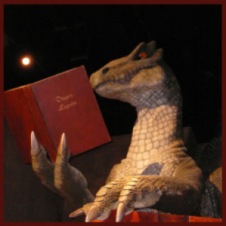 Each week will share a few Books That Caught Our Eye from that weeks’ Mailbox Monday.

The Mistletoe Murders by Laurinda Wallace at The Book Connection.

Gracie is ready to celebrate a traditional Deer Creek Christmas, but that would be too predictable. Her friend, Marci is opening The Mistletoe Bed-and-Breakfast after months of restoring the crumbling Victorian estate outside of the Western New York village. The grim history has captured the interest of the travel world and local residents. The house begins to reveal its macabre past on the cusp of the B & B’s opening, enmeshing Gracie and her husband, Marc into investigating crimes both past and present. Does evil still lurk under the Mistletoe?

In present-day California, Eleanor Bennett’s death leaves behind a puzzling inheritance for her two children, Byron and Benny: a traditional Caribbean black cake, made from a family recipe with a long history, and a voice recording. In her message, Eleanor shares a tumultuous story about a headstrong young swimmer who escapes her island home under suspicion of murder. The heartbreaking tale Eleanor unfolds, the secrets she still holds back, and the mystery of a long-lost child, challenge everything the siblings thought they knew about their lineage, and themselves.
Can Byron and Benny reclaim their once-close relationship, piece together Eleanor’s true history, and fulfill her final request to “share the black cake when the time is right”? Will their mother’s revelations bring them back together or leave them feeling more lost than ever?

“So curious about this tradition.”

The War Librarian by Addison Armstrong found at Book Reviews by Linda Moore.

The Paris Library meets The Flight Girls in this captivating historical novel about the sacrifice and courage necessary to live a life of honor, inspired by the first female volunteer librarians during World War I and the first women accepted into the U.S. Naval Academy.

Two women. One secret. A truth worth fighting for.

1918: Timid and shy Emmaline Balakin lives more in books than her own life. That is, until an envelope crosses her desk at the Dead Letter Office bearing a name from her past, and Emmaline decides to finally embark on an adventure of her own–as a volunteer librarian on the frontlines in France. But when a romance blooms as she secretly participates in a book club for censored books, Emmaline will need to find more courage within herself than she ever thought possible in order to survive.

1976: Kathleen Carre is eager to prove to herself and to her nana that she deserves her acceptance into the first coed class at the United States Naval Academy. But not everyone wants female midshipmen at the Academy, and after tragedy strikes close to home, Kathleen becomes a target. To protect herself, Kathleen must learn to trust others even as she discovers a secret that could be her undoing.

“I always check out books about books or libraries. This one caught my eye and interest.”

The Heights by Louise Candlish found at Silver’s Reviews.

The Heights is a tall, slender apartment building among warehouses in London. Its roof terrace is so discreet, you wouldn’t know it existed if you weren’t standing at the window of the flat directly opposite. But you are. And that’s when you see a man up there—a man you’d recognize anywhere. He may be older now, but it’s definitely him.

But that can’t be because he’s been dead for over two years. You know this for a fact.

Because you’re the one who killed him.

“Interestingly I was not so much drawn by the cover to this psychological thriller, but I was caught by the blurb.”

The War Librarian was also on my list, but here are two others.

The Love Hypothesis by Ali Hazelwood at Sam Still Reading.

As a third-year Ph.D. candidate, Olive Smith doesn’t believe in lasting romantic relationships–but her best friend does, and that’s what got her into this situation. Convincing Anh that Olive is dating and well on her way to a happily ever after was always going to take more than hand-wavy Jedi mind tricks: Scientists require proof. So, like any self-respecting biologist, Olive panics and kisses the first man she sees.

That man is none other than Adam Carlsen, a young hotshot professor–and well-known ass. Which is why Olive is positively floored when Stanford’s reigning lab tyrant agrees to keep her charade a secret and be her fake boyfriend. But when a big science conference goes haywire, putting Olive’s career on the Bunsen burner, Adam surprises her again with his unyielding support and even more unyielding… six-pack abs.

Suddenly their little experiment feels dangerously close to combustion. And Olive discovers that the only thing more complicated than a hypothesis on love is putting her own heart under the microscope.

“What is the science of love? Let’s see if these two scientists can figure it out.”

Every Day in December by Kitty Wilson at Reviews by Martha’s Bookshelf.

Belle Wilde loves December. Yes, she’s just lost her job and Christmas is not a good time to find yourself ‘financially challenged’. And yes, her parents are still going on about the fact that she really should have it all together by now. But Belle believes that in December, magic can happen.

Rory Walters hates December. Whilst it looks like his life is together, he’s still reeling from a winter’s night five years ago when his life changed forever. Now back at home, he’s certain that this will be yet another Christmas to endure rather than enjoy.

But as midnight on December 31st draws closer, Belle and Rory’s time together is coming to an end. With a little help from a Christmas miracle could Belle find the one thing she really wants underneath the mistletoe?

“This is the year for me where holiday books are a good read for me. I’m not a big holiday book reader, but there’s something appealing about magic fixing it all.”